Run off has begun on the Poudre and the fishing is tough. At this point, water clarity is poor and the fishing is tough. At this point, the lower sections are flirting with "blown out", but the sections further upstream will be more productive and have somewhat better clarity. That being said, the upper sections are also poor in clarity, but it gets better the higher up the canyon you go. As it stands, it is in your best interest to let the water sit for the time being as trout are feeding at lower rates resulting in slower days on the water. If you are dead set on fishing here, target the banks and slack water is this is where clarity will be best and you will find the most trout. Heavy nymph rigs with big and flashy bugs as well as dark and flashy streamers will produce the best results. While we're seeing some strong hatches throughout the day, trout will not be terribly inclined to feed on the surface. For the time being, we will be forgoing our daily forecasts until conditions improve. If you have specific questions feel free to reach out via email at info@flycastusa.com 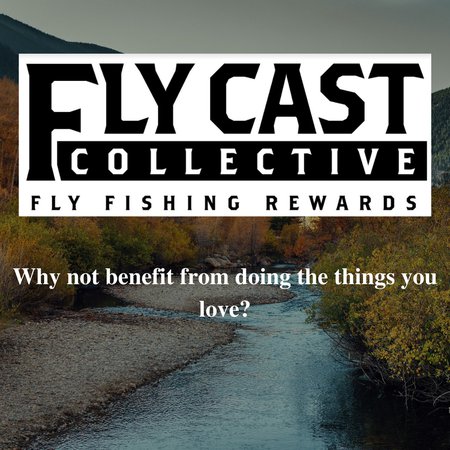 The Poudre River, or Cache La Poudre, gets its name from the local legend dating back to the 1830’s when a crew of French explorers made their way along the river and found themselves in a blinding snowstorm. In order to cross the river and make their way to safety, they were forced to “cache la poudre”, French for stash the powder, leaving behind their heavy gunpowder kegs. The story goes that the explorers returned the following spring to find the gunpowder undisturbed. Subsequent travelers heard the story and the name stuck.

The Poudre is a freestone river that originates in Rocky Mountain National Park. From the headwaters, the river travels North until it reaches the small unincorporated town of Kinikinik, in western Larimer County, before turning east making its way  through the Poudre Canyon toward Fort Collins. Here you’ll find a combination of fast runs and riffles as well as some wide and comparatively slow water. While the fishing is great near the park, for the sake of this report, we’ll be referencing the stretch through the Poudre Canyon. In general, you should manage to find some solitude most of the year. However, the summers are particularly busy and you’ll find yourself sharing the water with other outdoor recreationalist via raft, kayak and tubes.

The Poudre is relatively forgiving and beginner friendly. While a number of sections come with heavy brush, it isn’t hard to find open water and is easily accessible from the banks. It is home to a strong population of brown and rainbow trout, but has been known to hold a few cutbows and greenback cutthroats the closer you get to the park. While you can fish the Poudre most of the year, the late spring, early summer and fall present the best conditions. In the winter months, barring extreme cold, you can fish the lower canyon as the water is deeper and less prone to freezing. The Poudre experiences the standard Colorado hatches with midges hatching throughout the year, mayflies in the late spring through fall, and caddis and stoneflies in the summer. While you can’t go wrong with a standard double or triple nymph rig, the late summer and early fall present some great hopper dropper opportunities. Additionally, streamers are particularly effective in the spring and fall.

While the lower and upper canyon present slightly different terrain, the Poudre is one of those rivers where you really can’t go wrong in terms of access points. There are a number of great public access points off of Highway 14 and we strongly encourage you to start exploring. If you are coming from Fort Collins, head north toward Laporte on Hwy 287 until you reach Hwy 14. From there, drive up the canyon until you find a suitable pull off. In general, the further you’re willing the drive, the fewer crowds you will see and the less pressured the trout will be